In a recent appearance on FOX News, U.S. senator Ted Cruz stated categorically that Vladimir Putin was a KGB thug who said that the greatest geopolitical disaster of the 21st century was the dissolution of the Soviet Union (the quote and the warped timeline Cruz’s own). The foregoing article should explain why Vladimir Putin may have said something of the sort. It is part 5 in a six-part series on Russia’s 1990s transition from communism to capitalism, excerpted from Chapter 3 of my book, “Grand Deception: the Truth About Bill Browder, the Magnitsky Act, and Anti-Russia Sanctions.” The book’s previous incarnation was banned last summer.

Does America want Russia to raise its living standards and consume most of its fuels and raw materials domestically? Or, does it see a chance to nail down its Cold War victory by destroying Russia’s potential power to be a rival, by turning it into an exporter of oil, gas and other raw materials? – Dr. Michael Hudson speaking before the Russian parliament, 15 March 1999.

The transition program engineered by the American deep state and its Wall Street patrons was nothing short of catastrophic for Russia. The perfect storm of sudden price liberalization, drastic curtailment of government spending and bank credit, and opening of domestic markets to unrestricted foreign competition produced a toxic brew that devastated Russian economy, destroyed its currency, and plunged much of the population into poverty and hunger. After 1992, Russian middle class saw their savings evaporate and their real wages halve – if they were fortunate enough to receive them at all.[1]

Economic reforms rapidly destroyed the nation’s agricultural production and store shelves went almost empty. In 1992 the average Russian consumed 40% less than in 1991.[2] By 1998 some 80% of Russian farms went bankrupt and the nation that was one of the world’s leading food producers suddenly became dependent on foreign aid. About 70,000 factories shut down and Russia produced 88% fewer tractors, 77% fewer washing machines, 77% less cotton fabric, 78% fewer TV-sets and so forth.[3] In all, during the transition years, the nation’s Gross Domestic Product fell by 50%, which was even worse than during the World War II German occupation.[4]

A huge segment of the population became destitute. In 1989 two million Russians lived in poverty (on $4/day or less). By the mid-1990s, that number soared to 74 million according to World Bank figures. In 1996, fully one in four Russians was living in conditions described as “desperate” poverty.[5] Alcoholism soared and suicide rates doubled making suicide the leading cause of death from external causes. Violent crime also doubled in the early 1990s and during the first six years of reforms, nearly 170 thousand people were murdered.

An acute health crisis emerged, resulting in epidemics of curable diseases like measles and diphtheria. Rates of cancer, heart disease and tuberculosis also soared to become the highest for any industrialized country in the world. [6] Life expectancy for males plummeted to 57 years. At the same time abortions skyrocketed and birth rates collapsed: in Moscow they were as low as 8.2 per 1000.[7] In all, Russia’s death rates increased by 60% to a level only experienced by countries at war.[8]

Western and Russian demographers agreed that from 1992 to 2000, Russia sustained between five and six million “surplus deaths” – deaths that couldn’t be explained by previous population trends.[9] That corresponds to between 3.4% and 4% of the total population of Russia. To put that number into perspective, consider that during the course of World War II, the United Kingdom lost 0.94% of its population, France lost 1.35%, China lost 1.89% and the U.S. lost 0.32%.[10] Aleksandr Rutskoy was in fact not exaggerating when he called the reforms program an “economic genocide.” 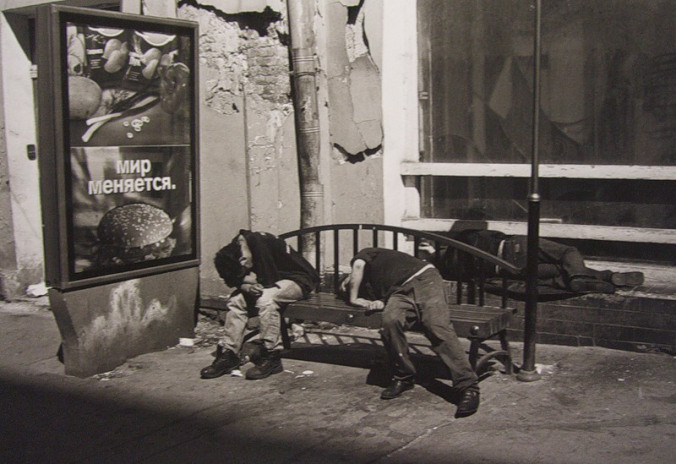 Russia’s plight is difficult to comprehend. I grew up in Croatia, formerly part of Yugoslavia. We also had a one-party communist regime and a socialist, state run economy, so I am intimately familiar with the many failings of that system. With roughly the same timing, Yugoslavia also endured a long drawn-out economic crisis and a traumatic transition to a multiparty democracy and market economy. The transition led to a series of bloody wars of secession that lasted from 1991 to 2000. Croatia was at war for four years, from 1991 to 1995. In spite of all that, Croatia’s experience may have been mild compared with what took place in Russia. Throughout these unhappy years, people in Croatia continued to go to work and received their salaries, social services were provided without interruption, shops and pharmacies were always well stocked up, and in spite of a tangible drop in the standard of living the population suffered relatively little poverty and almost no hunger. Apart from those living in active combat zones, the people were able to adjust to the new circumstances and life went on.

For Russia, the dismal economic statistics don’t convey the suffering her people endured. Knowing that the average Russian consumed 40% less in 1992 than in 1991, or that the economy operated on only 15% of the currency it required leaves out the human dimension of this experience. What happens to the people when their nation is subjected to a campaign of economic sabotage? A Russian-Canadian blogger Nina Kouprianova published a small collection of personal memories from Russians who lived through the shock therapy reforms:

For people like Ted Cruz and others who thoughtlessly slander Vladimir Putin as a KGB thug etc. – they should recall that this was Russia as Putin took it over in 1999. Those who demonize him ought to compare Russia on western-prescribed shock-therapy and today’s Russia after 18 years of Putin’s stewardship of that nation. Here is Putin’s scorecard based on empirical data sourced mostly from Western sources including Ernst&Young, World Bank, VCIOM, Ipsos and Gallup.

Continue to part 6: The 1990s Russian catastrophe could have been avoided

Alex Krainer is a hedge fund manager and author. His book, banned by Amazon in September 2017 is now available in pdf, kindle, and epub formats at the following link “Grand Deception: Truth About Bill Browder, the Magnitsky Act and Anti-Russian Sanctions.” Paperback version is now available here. Alex also wrote one book on commodities trading. 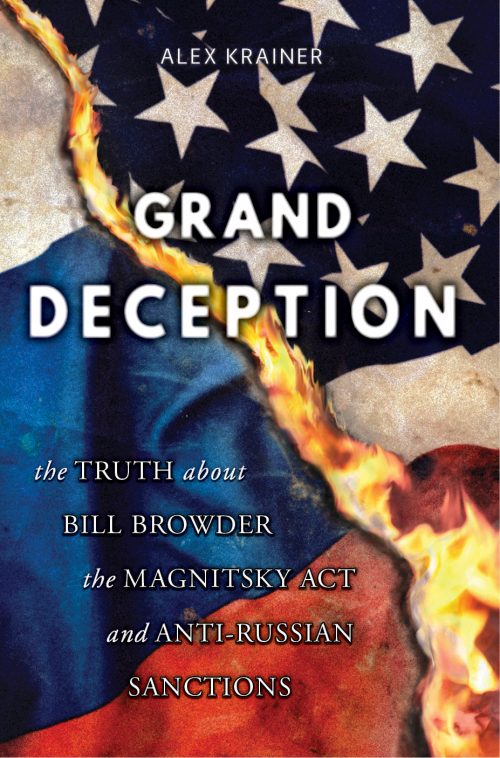 [1] This is according to statistics maintained by the Geneva-based Economic Commission for Europe (Engdahl, How ‘shock therapy’ has ruined Russia 1993).

9 thoughts on “5/6: the transition that took five million lives”