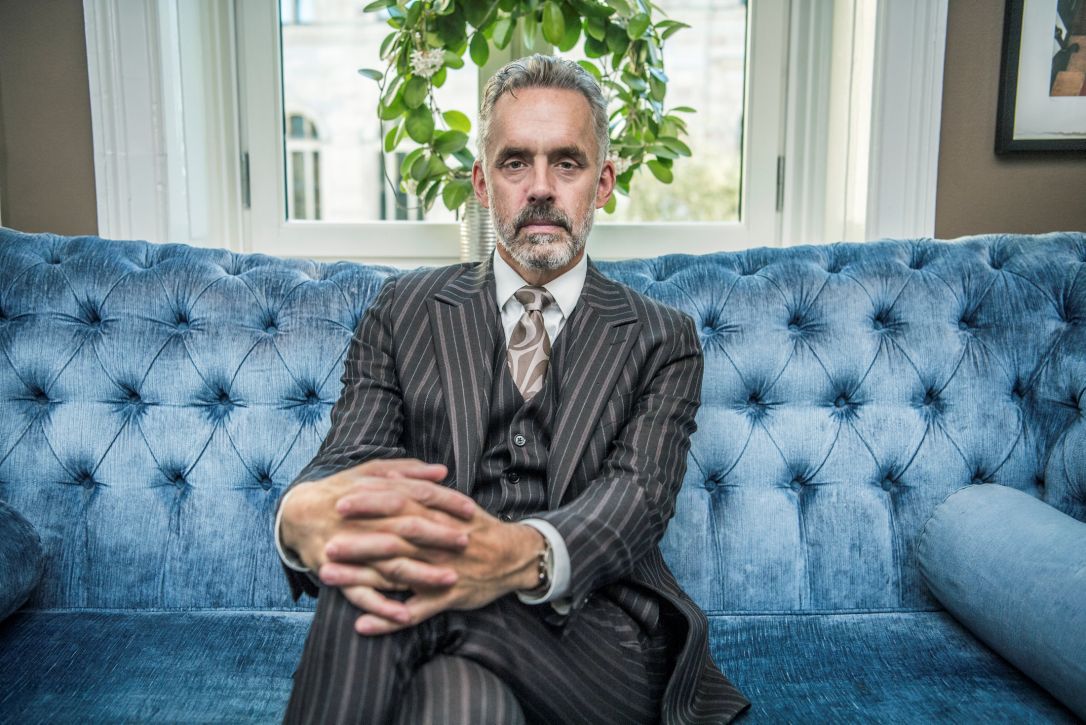 A few years ago Dr. Jordan Peterson gave a lecture in which he made a chilling but noteworthy remark about the correlation between epidemics and tyrannies. I thought I’d transcribe the key parts (the video clip of this lecture is at the bottom of this article):

Jordan Peterson: “There was a paper published in PLOS 1 … about a year ago… They were looking at… political attitudes with … authoritarian beliefs scale, because authoritarianism has been studied quite a bit since World War II. … What they found was mind-boggling – Nobel Prize winning stuff as far as I’m concerned: END_OF_DOCUMENT_TOKEN_TO_BE_REPLACED 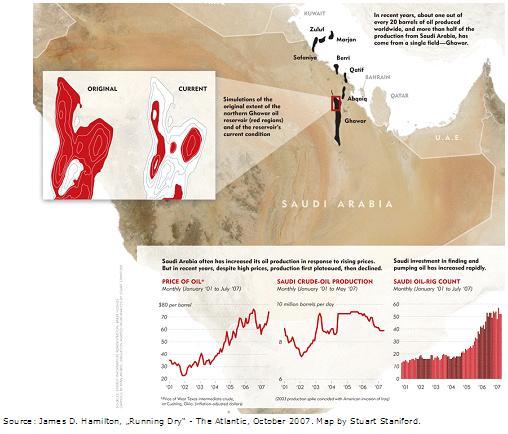 Side note 1: as oil geopolitics tensions escalate I’ve decided to sequentially number my “coming oil price shock” articles. This is the 3rd one (the first one is here, and second one here.)
Side note 2: if oil price hedging is a headache, please view my presentation here (YouTube, 12 minutes).

Over the Easter weekend we’ve seen an escalation of Trump Administration’s rhetoric toward Iran. On Monday, 22 April, State Secretary Pompeo issued an official statement pledging that after their expiry on May 2, the U.S. would not renew any of the waivers enabling Iran to export crude oil. Iran’s oil exports have already dwindled from 2.5 million barrels per day last April to around 1 million barrels, and the official U.S. policy is to bring Iranian oil exports to zero.

In taking the hard line against Iran, the Trump administration has put its credibility on  the line. Secretary Pompeo followed up the official announcement on twitter, stating that, “maximum pressure” means maximum pressure. Trump backed him up promising “full sanctions…”

END_OF_DOCUMENT_TOKEN_TO_BE_REPLACED

Measured by historical standards, the price of oil has been extremely volatile in recent years. From over $114 per barrel in the summer of 2014 it collapsed more than 75% in only 18 months’ time. Then it tripled to $86/bbl in October 2018, only to drop by 40% to $52/bbl two months later. The question is, why is the oil price so very volatile? Is the market foreshadowing greater disruptions in the future? A closer look into oil supply and demand fundamentals suggests that a great crisis could be in the making – possibly with alarming repercussions.

In 2012 a report produced by the UK Ministry of Defence predicted that oil prices would rise significantly out to 2040, and by “significantly,” they meant to $500 per barrel. From today’s perspective, this may seem farfetched. However, we should not dismiss UKMOD’s warning lightly. This could turn out to be the most important development facing humanity for decades to come. END_OF_DOCUMENT_TOKEN_TO_BE_REPLACED

Today I break my rule to only post on my own articles at this blog. The following article by a person who preferred to remain anonymous struck me as such a disturbingly powerful punch in the gut, I decided to post it here amongst my scribblings. A different style, different imagination… stuff that makes the writer in me slightly jelaous… It is a first-person account written fom the viewpoint of Bill Browder, the protagonist of my book “Grand Deception” (which was twice stricken from Amazon by Bill Browder’s lawyers). Here goes:

END_OF_DOCUMENT_TOKEN_TO_BE_REPLACED

One of the main themes used to demonize Putin in the west are the incessant insinuations that he is corrupt and that his corruption enabled him to build up a massive personal wealth. But while these allegations are invariably presented with zero evidence, we do have some evidence that Putin is in fact not corrupt (at least not in the way it is being implied in western media – but this will be a topic for another discussion). I found the testimony from Sharon Tennison very interesting in this regard as well. Tennison is the founder and president of Center for Citizen Initiatives (CCI) and had worked in Russia (and the USSR) for 30 years. In the course of her activities, she has had at least one personal encounter with Putin and had over the years came to know many other American officials and businessmen who had worked with him. According to Tennison, none of those officials “would describe [Putin] as ‘brutal,’ or ‘thuggish,’ or other slanderous adjectives and nouns that are repeatedly used in western media.” END_OF_DOCUMENT_TOKEN_TO_BE_REPLACED

Almost from the very start of his presidency, Vladimir Putin has been relentlessly vilified in the western media. If their portrayal of Mr. Putin reflected the objective truth, we should believe that the man has no redeeming qualities whatsoever. As I noted in the first in this series of excerpts from “Grand Deception,” systematic demonization of a nation’s leader predisposes many people to consent to war or regime change as means to help a stricken nation rid itself of a rotten, tyrannical leader. If we detest Vladimir Putin, we might approve of our intelligence communities orchestrating a coup to throw him out of power, even if the blood of some Russians is spilled in the process. It should be an honorable deed done for a greater good. Indeed, those who are desperate to have a regime change in Russia should be very keen for us to detest Mr. Putin. Hence the nonstop, un-nuanced negative coverage. Here I offer a different perspective: what if Putin isn’t an arch-villain? What if he does in fact have redeeming qualities? Should we not try to get to know the man a bit better before we shrug off another regime change or war to rid the world of tyrants? END_OF_DOCUMENT_TOKEN_TO_BE_REPLACED

Western corporate media has cast Vladimir Putin as the main villain of today’s geopolitics. If their coverage of Russia’s president were truthful and objective, we’d have to conclude that Putin has no redeeming qualities whatsoever, that he is the greediest, most ruthless tyrant since Genghis Khan and that he had turned his government into a lawless mafia state. Indeed, unflattering, negative coverage of Vladimir Putin is pervasive, but where concrete evidence should be presented, ceaseless repetition of allegations is taken as sufficient proof.

Joseph Goebbels’ technique of the big lie entails deceiving people with big, brazen lies and repeating them unrelentingly. If truth is to set us free, we must spread it with boldness and determination. We must push back and expose the lies. They who desire wars are few, and we who desire peace are many. Even if they can silence some of us, they can not silence us all. Do your part, reject fear and the lies, and together we can put an end to today’s dystopian state of permanent war. END_OF_DOCUMENT_TOKEN_TO_BE_REPLACED

It is commonly accepted that, after 70 years of Communist dictatorship, Russia’s 1990s transition was inevitably going to be a massive train wreck. This is yet another convenient misconception that western intellectuals like to embrace. The foregoing article seeks to dispel this notion and set the historical record straight. It is an excerpt from Chapter 3 of my book, “Grand Deception: the Truth About Bill Browder, the Magnitsky Act, and Anti-Russia Sanctions”. The book’s previous incarnation was banned last summer.

This is the last in a six-part series on Russia’s 1990s transition from communism to capitalism. Links to previous posts: introduction, part 1, part 2, part 3, part 4 and part 5. END_OF_DOCUMENT_TOKEN_TO_BE_REPLACED

In 1893 Mahatma Gandhi went to South Africa, expecting to stay there for just a few months. He ended up staying 21 years as he took up the struggle to restore the dignity and rights to a subdued, disarmed, and enslaved Indian community.

During those years, his chief political opponent was General Jan Christian Smuts who, as the Colonial secretary and later the Secretary of the Interior was responsible for implementing some of the repressive laws against the Indians.

When Gandhi finally left South Africa in 1914, Smuts wrote, “The saint has left our shores, I hope forever.”

Years later, an exasperated Winston Churchill asked Smuts – who had meanwhile served two terms as South Africa’s prime minister – why he had not killed Gandhi while he had the chance. Smuts replied, “How could I do this to a man who made sandals for me with his own hands when I imprisoned him.”

In later years, remembering Gandhi Smuts wrote: “… I have worn these sandals for so many summers since then, even though I may feel that I am not worthy to stand in the shoes of so great a man.”

I posted this story a few years ago in my blog, “The Jubilee.” It was related by Niloufer Bhagwat in her article, “The Political Relevance and Global Impact of Mahatma Gandhi.“ I believe it bears relevant lessons to today’s social and political struggles.

END_OF_DOCUMENT_TOKEN_TO_BE_REPLACED

In June of 2014, a group of American researchers published an article in the American Journal of Public Health, pointing out that, “Since the end of World War II, there have been 248 armed conflicts in 153 locations around the world. The United States launched 201 overseas military operations between the end of World War II and 2001, and since then, others, including Afghanistan and Iraq.” To be sure, each of these wars was duly explained and justified to the American public and for all those Americans who believe that their government would never deceive them, each war was defensible and fought for a good reason. Nonetheless, the fact that one nation initiated more than 80% of all wars in the last seventy years does require an explanation, which I submit below: END_OF_DOCUMENT_TOKEN_TO_BE_REPLACED