What’s going on? If you ever read E. D. Morel’s 1912 book, “Ten Years of Secret Diplomacy,” or more recent titles like Carroll Quigley‘s “Tragedy and Hope,” “The Secret Origins of the First World War” by Gerry Docherty and Jim Macgregor, or “Conjuring Hitler” by Guido Giacomo Preparata (in fact, many such titles have emerged over the last two decades), you may be familiar with the shockingly perfidious scheming of British secret diplomacy, perpetrated by a covert cabal within the ruling establishment. That secret diplomacy – kept secret primarily from the British people – has led to the last two world wars on the European continent. This was done deliberately and with premeditated intention to bring about both great wars. 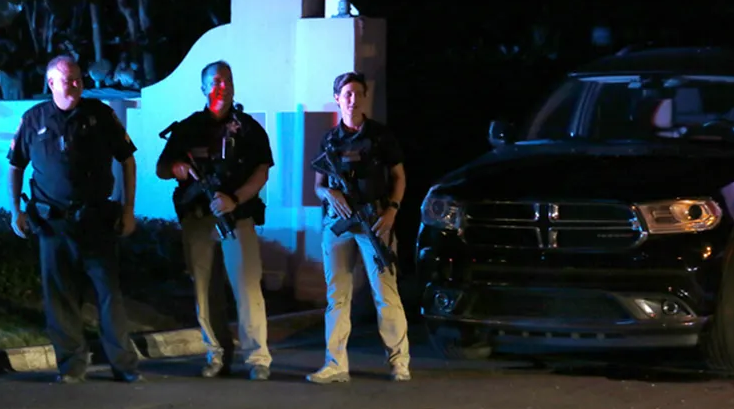 Commenting about Nancy Pelosi‘s provocative recent visit to Taiwan in my last week’s article I questioned the point of provoking an unwinnable conflict against China:

But what could be the point of provoking China? Do American Congressmen, think tanks and sundry Admirals and Generals think they can defeat China? Obviously, they can’t possibly think that, they just spent 20 years trying to defeat the Taliban in Afghanistan and failed. Even the Pentagon’s own war simulations came to the conclusion that their Pacific fleet would be destroyed in short order in a war against China. So the risks are clear. What benefits could possibly justify taking such risks?

The important bit to realize here is that the primary target of the war against China would not really be China. It would be the American people. The shiny new world war in the Pacific would deflect people’s attention from the metastasizing crises at home, redirect people’s anger at a foreign enemy and for the same high price also provide the ideal smokescreen for a radical crackdown on dissent against the racists, nazis, enemy sympathizers, deplorables, domestic extremists, insurrectionists and all other kinds of thought criminals. As James Madison warned us, “If tyranny and oppression come to this land, it will be in the guise of fighting a foreign enemy.”

This is part 3 of a 3-part series shedding light on the role of British secret diplomacy in the run-up to World War 2. This article looks at the role of finance in shaping the new global order, still based on the same three-block world agenda. Here are the links to Part 1, Part 2 and the 46 min. video report on YouTube, which covers all three parts.

While Nazism was defeated in World War II at a massive cost in lives and treasure, the same structures of power that financed and empowered Hitler have retained their levers of power and are continuing to shape global geopolitics to this day. They have not given up on their vision of a “three block world”, which is perhaps most visibly represented by the Trilateral Commission, one of the most influential think tanks in the world. Founded in July 1973, the Trilateral Commission’s aim is to foster close cooperation between Japan, Western Europe and North America. But unlike in the 1930s, today the control of continental Europe is being pursued through the ostensibly democratic political institutions of the European Union rather than by conquest and brute military force.

This is part 2 of a 3-part series shedding light on the role of British secret diplomacy in the run-up to World War 2. Here’s the link to Part 1. The 46 min. video report on YouTube covers all three parts.

The sacrifice of Czechoslovakia

The treacherous sacrifice of Czechoslovakia to Germany is one of the least well understood episodes leading to the tragedy of World War lI. Conventional history associates the Czech crisis with Neville Chamberlain’s appeasement at Munich. The story we were taught in school was that the British government agreed to partition Czechoslovakia only as a desperate measure to avoid a greater European war. This view is based on the idea that Germany was already an overwhelming military power that could easily crush Czechoslovakia’s weak defenses. However, this idea is patently false. In late 1938 Czechoslovakia did in fact capitulate without resistance, but this was not because her defenses were weak. Rather, Czechoslovakia’s government was paralyzed and sedated as a result of the treacherous scheming of Britain’s secret diplomacy.

(Video report & 3-part article) With escalating tensions between Russia and the west, we keep hearing about Munich and about Appeasement that led to World War II. But the truth of those events has remained widely misunderstood. As one meme going around in the social media says, “If the news are fake, imagine how bad history is!” To avoid sleepwalking into another great war, it is essential that we understand what really happened in 1938. Prepare, it is nothing like they taught us in school.

Recent events in the world have given me great hope that we might finally emerge from the century of permanent war. The Great Reset agenda seems to be losing steam and those in charge of implementing it are losing conviction (with the exception, perhaps, of the very top echelon in power). At the same time, the ranks of people who are opposed to it and are willing to take a stand, appear to be swelling.

Since the very start of the great pandemic of 2020, something about the public health response didn’t feel right. It was clear from the measures that were enacted and from measures that were not enacted that their purpose had little to do with public health. Instead, they seemed to further a different agenda. Soon we learned that this was all connected to World Economic Forum’s hugely ambitious Fourth Industrial Revolution or the Great Reset. But the agenda and the steps taken seemed rushed, panicked and frankly, hopeless. 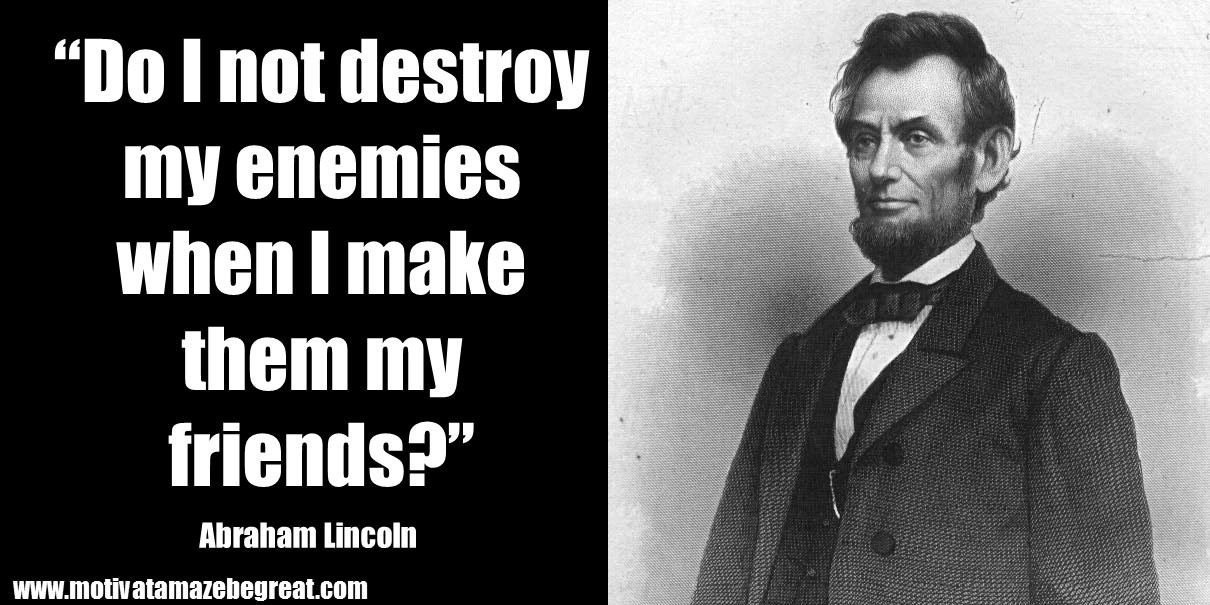 A few days ago I received a very welcome e-mail from a Russian chess grandmaster Lev Alburt (he has an excellent website for chess enthusiasts – www.chess-news.ru) . I instantly recognized Mr. Alburt’s name because I had quoted him in my book, “Grand Deception” and fully share his sentiment about the importance of preserving and cultivating a relationship of friendship and constructive cooperation between Russia and the United States. This question could be of decisive importance for the future of humanity and I would ask you to please read Mr. Alburt’s thoughtful words:

A plea for Russo-American friendship

One Grandmaster’s Trek From Stalin to Putin

A subtle understanding of economic change comes from a knowledge of history and large affairs, not from statistics or their processing alone…

Those of us who spend time analysing financial markets have been anticipating an impending banking crisis for years now. A number of Global Systemically Important Banks (GSIBs) as well as many lesser banks have been struggling under an increasing burden of bad debts and deteriorating credit quality in their balance sheets. Deutsche Bank, probably the worst offender, has been on death watch since 2016. But as years went by and doubts about the bank’s solvency multiplied and compounded, no banking crisis materialized.

For weeks now, the media and “health” authorities have relentlessly promoted a fear-inducing narrative about the Covid 19 “pandemic” as if the daily count of new “cases” were a major public health emergency, sensationalized by the media nearly 24/7. The official narrative is sharply at odds with the gathering voices from hundreds of doctors, virologists and epidemiologists.

Incoherence of the official narrative

Supposing that we are up against a “once-in-a-century” pandemic, this would be a great challenge for humanity, wrought with uncertainty. One would expect to encounter a lively debate, discussions, much doubt and controversy. Journalists should seek out as many domain experts as possible so we can all gain the clearest possible understanding of the new health challenge and how to confront it. Effective treatments should be promoted, celebrated, screamed from the rooftops. But the reality is very different. END_OF_DOCUMENT_TOKEN_TO_BE_REPLACED

Bursting of an asset bubble can have grave consequences for the economy and the society at large – so grave, it’s worth paying attention at this point. I’ll elaborate.

In only six trading sessions from the 20th February peak, the S&P500 shed more than 12%, one of the fastest declines on record for the index (only the 1987 black Monday was worse). Only a week before this event I posted the article, “Bubbles Always Burst…”on SeekingAlpha, warning about the risk of this happening.

Whether last week marks the beginning of the bubble’s bursting remains to be seen, but this is only a matter of time. Bubbles always burst, no exceptions. But what’s important to understand is this: bubbles are meant to be burst! For guidance, let’s look again at the bursting of Japan’s own everything bubble of the 1980s. END_OF_DOCUMENT_TOKEN_TO_BE_REPLACED