Today, (Friday the 13th of all days), President Trump announced that he is withholding certification of the Iran nuclear deal and announced that he would label Iran’s Islamic Revolutionary Guard a terrorist organization. Again, the U.S. gets confrontational with a rival power in an escalation that could provoke yet another devastating war in the Middle East. As always, this is all perfectly justified: Iran, you see, is a rogue regime, a threat, its military is a terror organization, the country has a general deficit of freedom and democracy, etc…

And let’s not imagine that this is all down to Donald Trump. On July 3, 2015, presidential aspirant Hillary Clinton addressed a an audience at a Dartmouth College campaign event. On the occasion she said, “I want the Iranians to know that if I’m president, we will attack Iran … we would be able to totally obliterate them.”  The U.S. establishment has long had Iran in its crosshairs, waiting for a pretext and the opportunity.

In June of 2014, a group of American researchers published an article in the American Journal of Public Health, pointing out that, “Since the end of World War II, there have been 248 armed conflicts in 153 locations around the world. The United States launched 201 overseas military operations between the end of World War II and 2001, and since then, others, including Afghanistan and Iraq.”

To be sure, each of these wars was duly explained and justified to the American public and for all those Americans who believe that their government and their media would never deceive them, each war was defensible and fought for a good reason (of course Iran is an existential threat!!). Nonetheless, the fact that one country has initiated more than 80% of all wars in the last seventy years does require an explanation, which I will attempt to supply in my next post. 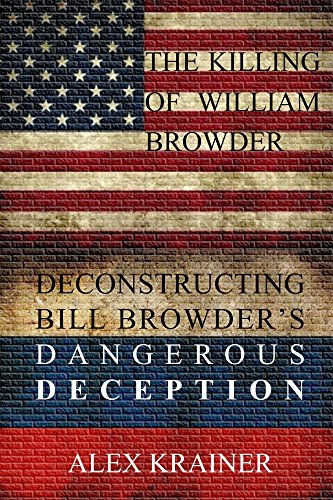 Alex Krainer is an author and hedge fund manager based in Monaco. In 2016 he published the book “Mastering Uncertainty in Commodities Trading.” He also wrote the now suppressed book, “The Killing of William Browder: Deconstructing Bill Browder’s Dangerous Deception.” For the time being, the book may still be available on Amazon’s European sites, Barnes&Noble, Books-a-Million, Book Depository and Abe’s Books.