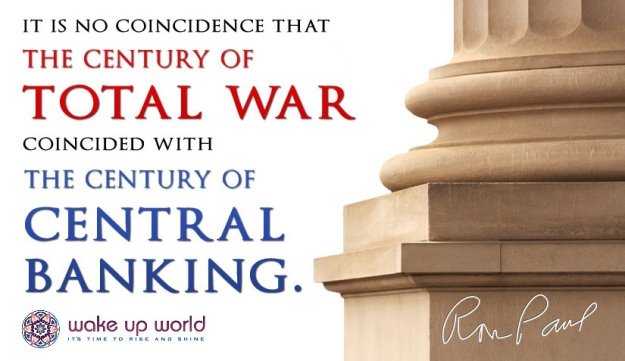 In 1912, the United States had no central bank and no personal income tax. It nevertheless managed to generate a $3 million fiscal surplus. Today, after a century of Federal Reserve’s management of the nation’s currency, the country is mired in unpayable debts, unending overseas military adventures and massive fiscal (and trade) deficits. Here’s a comparison, courtesy of Jim Quinn (the Burning Platform blog): 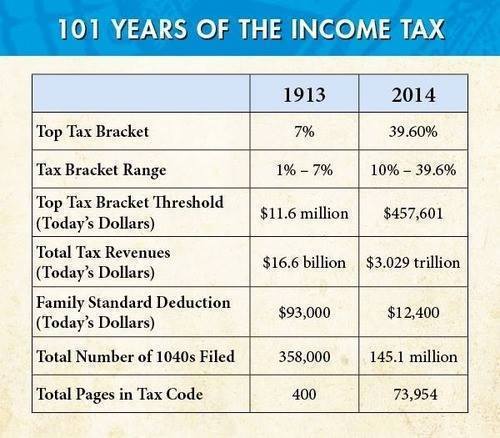 Over the same period of time the US Dollar lost over 97% of its purchasing power. These problems are symptomatic of all nations that use fiat currency as means of exchange with fractional reserve banking as the system of generating credit. This toxic cocktail contains the seed of its own inevitable demise.

Mervyn King, the former governor of the Bank of England  – the mothership of the system – warned us in his recent book that the present crisis is the failure of the system and that “without the reform of the system, another crisis is certain.”

If humanity ever wants to get off the crazy boom-bust roller coaster which, for added bonus also creates conditions for military conflict. we will have to change this system. I know – easier said than done. But solving this problem will solve many of humanity’s problems, including our general physical, mental, social and moral immiseration, environmental destruction and the constant penchant for conflict. It is not for nothing that Ron Paul stated that a century of total war coincided with a century central banking. Can there be any more pressing problems for us to tackle?

Alex Krainer is an author and hedge fund manager based in Monaco. Recently he has published the book “Mastering Uncertainty in Commodities Trading“.